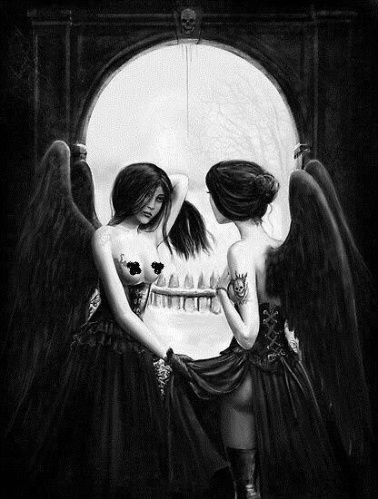 About 6 months ago, I decided to do a bit a self-experimentation. I tried to identify as many of my illusions as I could, and then see if I could lose them one by one. Readers of this blog – those who are still around – may have noticed one of the first: that this is an interesting blog. I stopped writing after decades of what often seemed like talking to a wall. After all, if few other people like what I do, then why should I? Wisdom of the crowds, and such. But that’s hardly the most important illusion I tried to get rid of. (“Tried”, since here I am, writing again…)

Over the last years, I read a lot about free will, blame and moral responsibility. My writing on human rights made me conscious of the harm we inflict on each other while trying to hold “wrongdoers” to account: capital punishment, mass incarceration, police brutality and so on are well-documented human rights violations, but the interesting thing about them is that they imply beliefs – in the minds of the perpetrators – about victim accountability and responsibility. The belief that people should be held accountable for their misdeeds – and should suffer for them – wraps around another belief: that people possess some form of free will.

The growing consensus in the fields of psychology and neurology (including evolutionary psychology, brain imaging and the study of systematic biases) is that free will is an illusion. “Illusion” is probably too strong a word in this case, but the literature has certainly convinced me to be more generous to “wrongdoers”. Not only should we avoid harsh punishment for consequentialist reasons – we do more harm while punishing people than the good that may come from often imaginary deterrent and protection effects – but also because punishment has become little more than an overly theatrical way of blaming people who seem decreasingly blameworthy.

So let’s say that in general I’ve tried to rid myself of the illusion of judgment. Negative judgment at least. I try to no longer blame people for their shortcomings. (Sorry for the split infinitive here, but let’s face it: grammatical rules are often used as a theatrical means of blaming people and of signalling our own superiority relative to the blameworthy. Communication is about understanding, and if rules can assist in understanding then they are good. If not, lose your illusion.)

Avoiding blame may seem dangerous: if we no longer blame people for their mistakes and misdeeds, then how will they learn and become better people? Is mutual improvement also an illusion that should be abandoned? I don’t think so. But there’s a large space between blame and indifference. You can tell people about their mistakes without judgment. It’s tricky, but doable.

What about positive judgments? Do I no longer appreciate beauty, music and art? To the extent that beauty is an illusion, that’s probably the hardest one to shed. A sensation of beauty just comes over you, unexpectedly. You can’t fight it or reason yourself away from it, as you can with free will. You can try to tell yourself that a beautiful body is just a bag of bones, meat and human waste made to look appealing because bodily attraction has helped humanity to survive during our difficult early evolution. However, you often can’t keep fooling yourself into believing this, at least not in the sense of immediate, intuitive belief.

What about music? As an adolescent I became enchanted by Wagner and I started to read a lot about him, including a lot of critical stuff arguing against his method: how silly it is to use leitmotivs, as if we can’t see that Wotan comes on stage and need to hear his tune as well; how Wagner did not respect “classical” rules of composition; how repetitive he was; how loud, bombastic and Teutonic; how the German language was unfit for opera, especially when littered with alliteration. And so on. All of this made me doubt, and I almost gave up being a Wagnerian because of it. But I couldn’t. The music is just magic, and it blows you away no matter how much you rationalise against it, at least if you’re open to being blown away. The beauty of it may be an illusion. In the narrow sense that you get tricked by a cunning and scamming composer. Or in the broader sense: beauty is no more than brain stimulations that have developed over the course of human evolution because individuals who are receptive to these kinds of stimulation are happier and therefore more likely to survive. 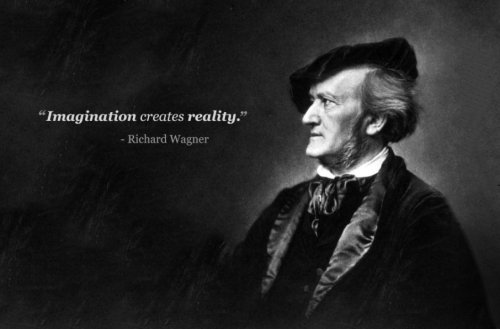 So far so good, you may say. Get rid of the noxious illusions, if you can, and keep the pleasant and harmless ones. Good work Spagnoli! But then why do you tell us that it sucks? Because illusions are like faces in things. Once you train yourself to see faces in things, you start to see them everywhere. Same for illusions. Friendship starts to look like an illusion. You try to ignore your friends to see whether they really care about you. Do they show you that they care by asking you why you ignore them? Nah. They just ignore you back because you’re being such a dick.

And then there’s LOVE: there’s a long history of love bashing. Do we really love the people we love? Why do we love that particular person and not another one? Seems a bit arbitrary to us all, at some points in our lives. Just admit it. It could just as well have been someone else. What is love really? Perhaps not a lot more than just another evolutionary adaptation inherited from early humans who were frail and needed to stick together in small family type groups that cared for each other and their offspring in a hostile prehistoric environment. Maybe. But if so, then love is no longer relevant since that kind of frailty has been largely overcome. Love is reduced to companionship and sex, both of which I’ve argued may be just as illusory (albeit in a pleasant way as long as you manage to avoid thinking below skin level.)

And now for the most dangerous illusion of all: are you actually alive? You’re losing your friends and loved ones. You’re counting the times that you were ignored during meetings at work; that the girls on the bus didn’t look back at you; that you had to repeat yourself; that your email went unanswered. You remember the accident you were in as a child, and start to wonder whether you’re Bruce Willis. At best you come under the impression of slowly fading away, quite literally. Needless to say that this is dangerously self-destructive. From a medical perspective, it looks like an illusion or delusion. But it may just as well be the product of fanatical and self-reinforcing opposition to illusion.

How to get out of this trap? I’m not sure you can, but an old analytic philosophy trick seems to help: define your terms, analyse the meaning of words. If you feel overwhelmed by the loss of illusions, start to define “illusion”. You’ll probably notice that the term is vague and overly inclusive. Which would account for the tendency to see illusions everywhere. A precise definition of the word can help you get out of the anti-illusory maelstrom. Perhaps.